Stone Crabs October 15 thru May 1

Although Naples epitomizes the tradition of good will throughout the year, the holiday season here offers some endearing traditions we look forward to, such as the Festival of Lights on Third Street South, the City Christmas Parade and the Naples Bay and Venetian Bay boat parades.

A new tradition started last year by Naples Backyard History is the Giant Gingerbread Decorating Contest in which local restaurants display their creativity and holiday spirit.

This year’s People’s Choice Award went to Lorenzo Walker Culinary Institute for “Kris Kringle,” with the runner-up prize going to Tommy Bahama’s “Pirates and Mermaids.” The Naples BackYard History Ambassador Award — which was judged by city historian Doris Reynolds, Lavern Gaynor and Reg Buxton — went to Kelly’s Fish House for “A Tribute to the Naples Waterfront.”

The Fish House is a place of fish,

With every kind of seafood dish.

But that's not all, you wonder why?

The restaurant itself is very unique.

Some say it should be in the creek.

But once inside, it's a new kind of story,

The shells all around are a magnificent glory.

The tables are pleasant with the shells and the sand,

That were once in the ocean, but now up on land.

The people that work there are said not to be plain,

They don't call them ordinary, but sometimes insane:)

The cashier, the waitstaff, and even the cooks,

All seem to be getting the strangest of looks.

But if you were there, you wouldn't wonder why.

You'd do like most do and give it a try.

Yes, all in all it's a nice place to be.

Kelly's Fish House down by the sea.

by John (long ago, when he was in junior high) 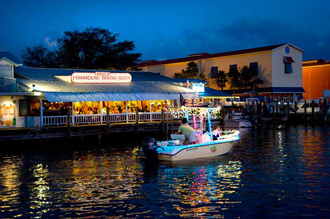 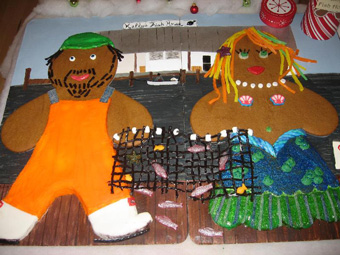